Text description provided by the architects.

Quantum Memories is a data sculpture that emerges from Refik Anadol Studio’s most recent interdisciplinary research at the intersection of architecture, machine learning, and the aesthetics of probability, exhibited on the largest LED screen that the National Gallery of Victoria has deployed to date. With the assistance of the Google AI Quantum team, Anadol was granted access to one of the world’s foremost quantum computing research projects allowing him to merge AI-induced latent space with a quantum hyperspace and thus speculate an alternative reality through the lens of nature aesthetics. 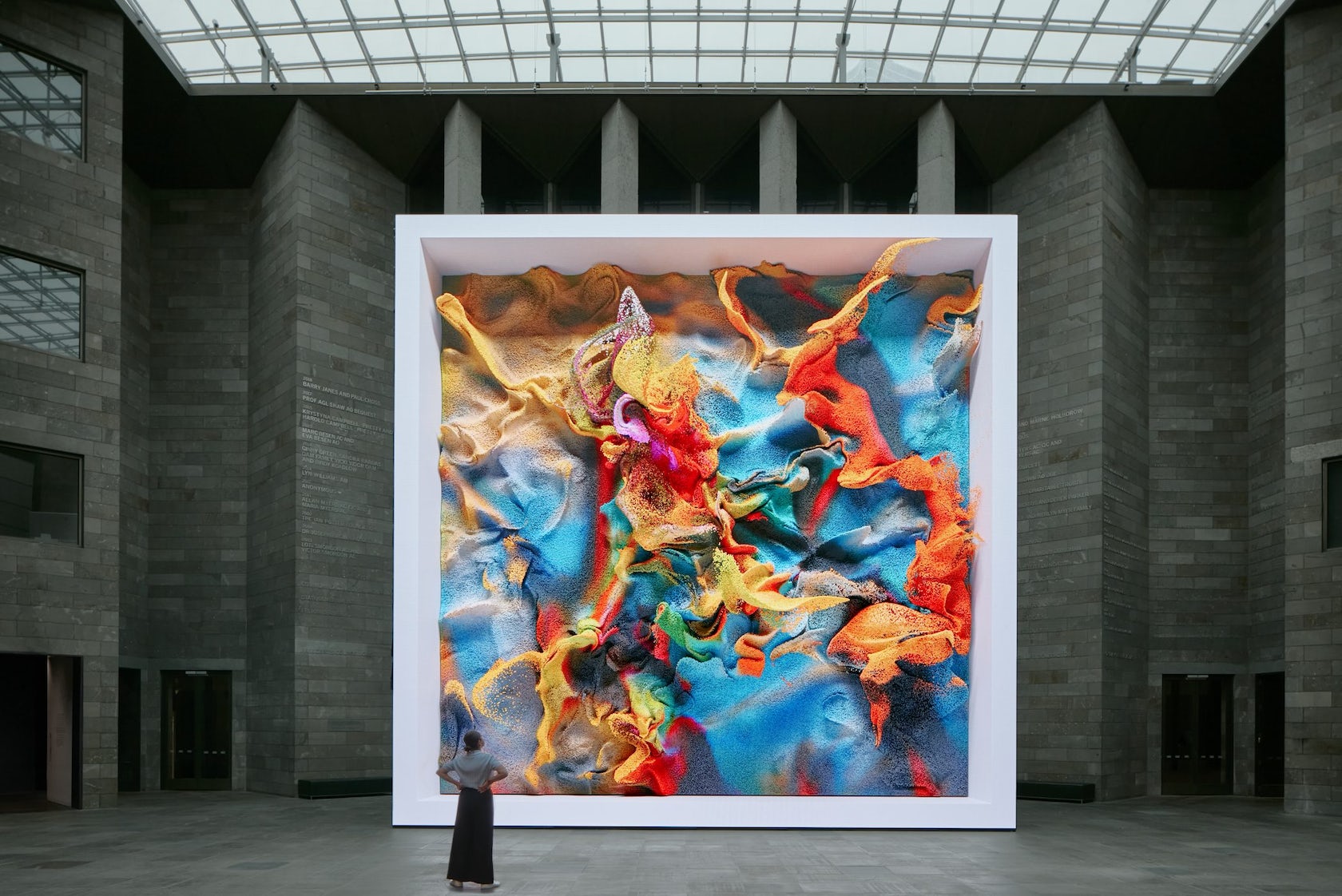 The artwork is both inspired by and a speculation of the Many-Worlds Interpretation in quantum physics – a theory that proposes there are multiple parallel worlds that exist at the same space and time as our own.

The exploration of Quantum Memories began with over 200 million publicly available photographs; 70 million of natural landscapes including millions of Australia, 20,000 of the Earth taken from the International Space Station, and 130 million images of the Earth’s bodies of water and cloud formations. 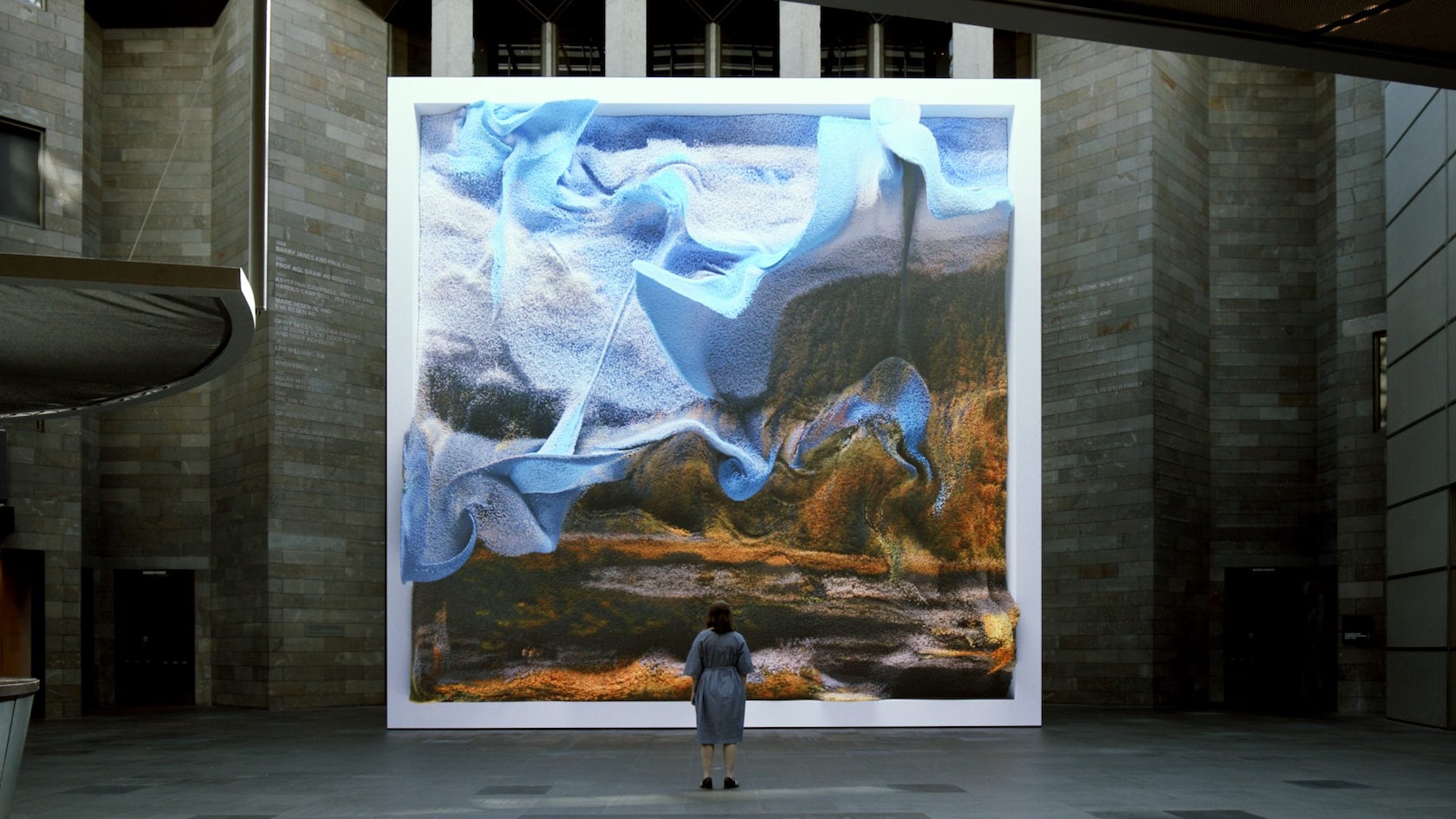 Combined, this represents the largest dataset of nature ever gathered for an artwork, which was then used to train a GAN AI algorithm. Anadol and his team also developed custom software in collaboration with the Google AI Quantum Research Team that utilized new ways of using circuit depth data and generated Quantum Noise. 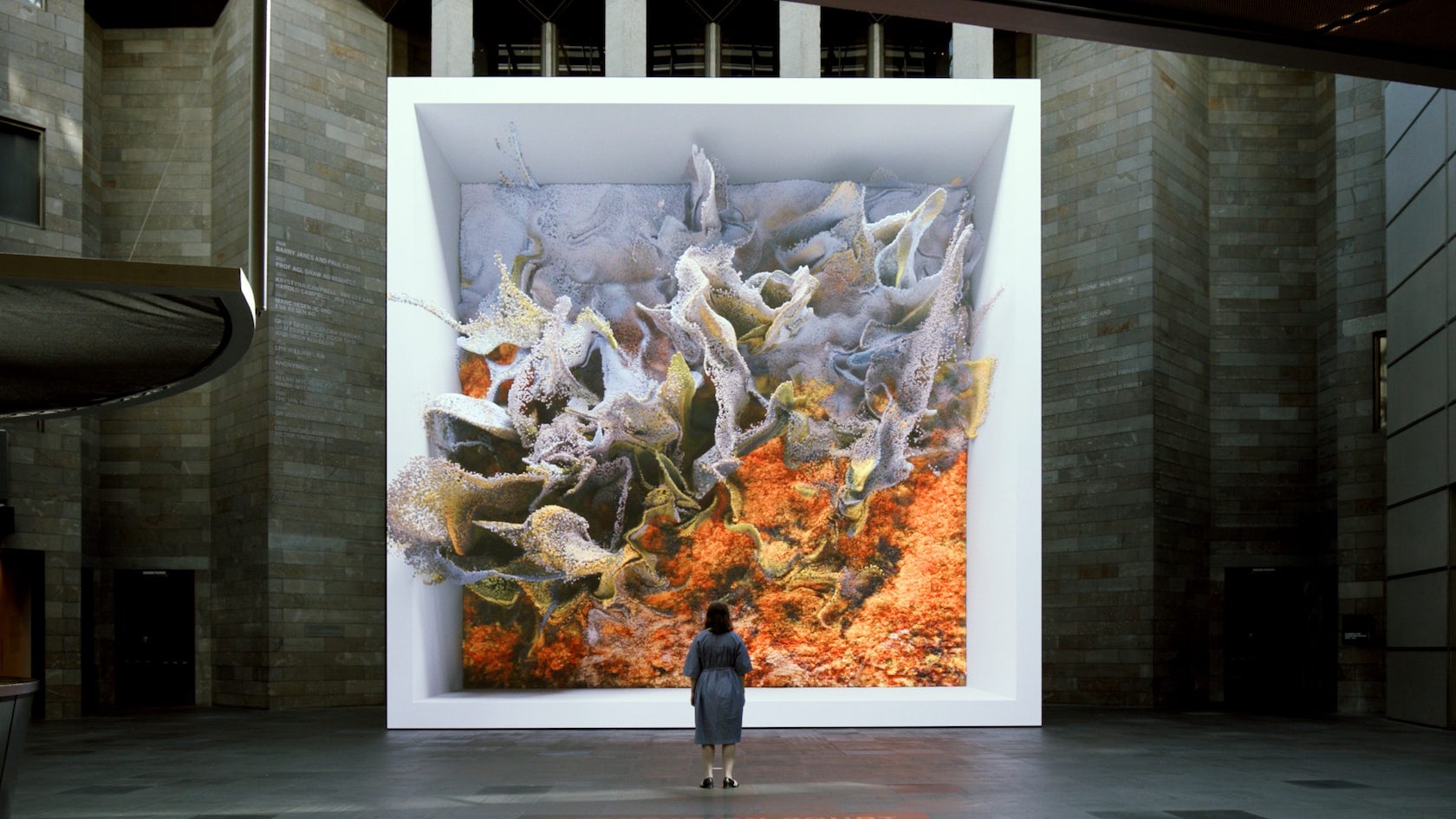 This software inspired AI to speculate alternative modalities inside the most sophisticated computer available, and to create new quantum noise-generated datasets as building blocks of these modalities. The resulting three-dimensional data painting incorporates pigments, shapes, and patterns that we associate with our sensory experiences of our surroundings, but only exist in the mind of a machine. 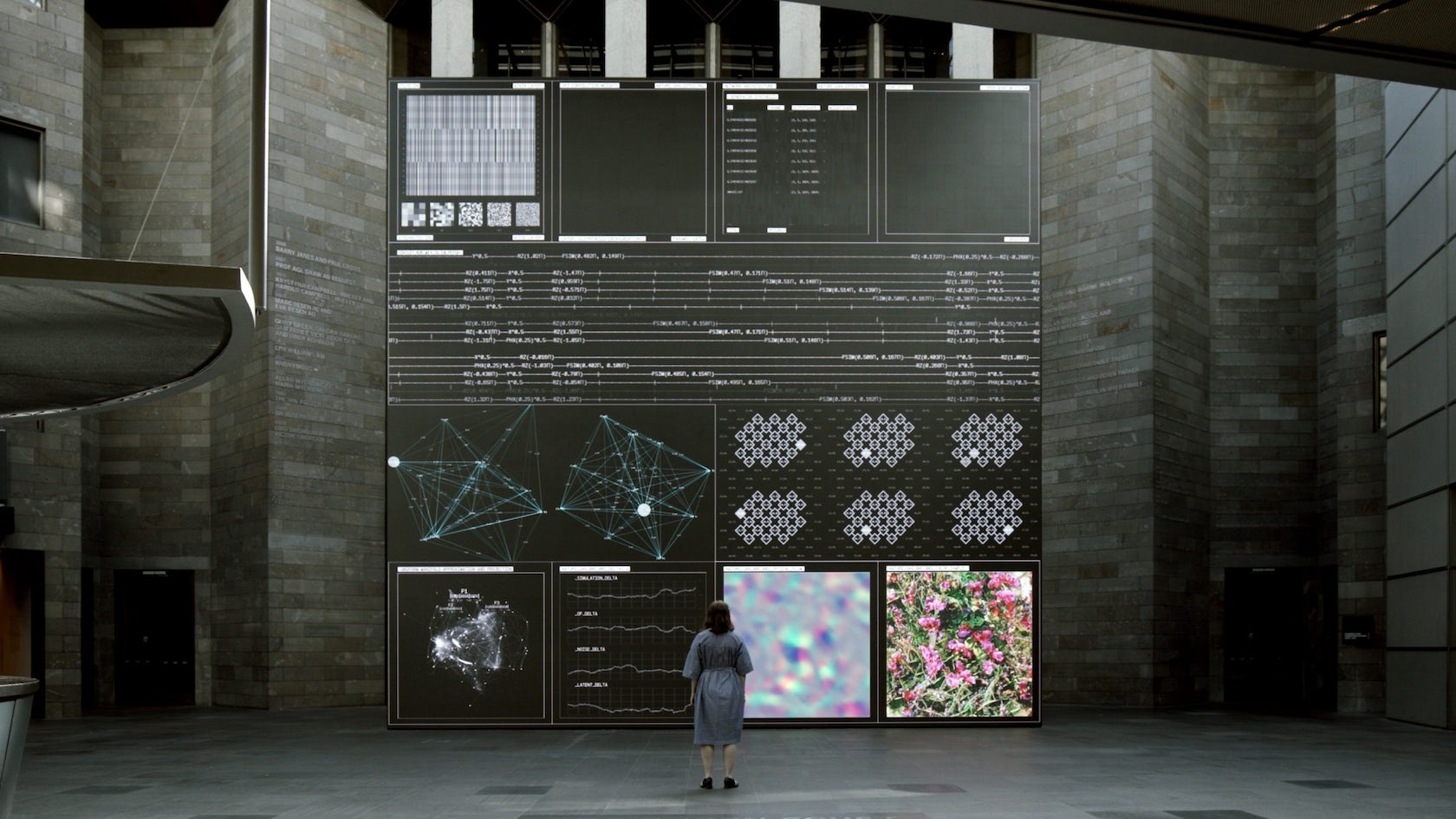 Each variation features a stunning visual interpretation, together forming a multi-faceted reflection of the nuanced relationship between technology, humanity, and culture. Quantum Memories can be considered both a radical visualization of an alternate dimension of the natural world, and of our digitized memories of nature. The visual piece is accompanied by an audio experience that is also based on quantum noise–generated data, offering an immersive experience that further challenges the notion of mutual exclusivity. 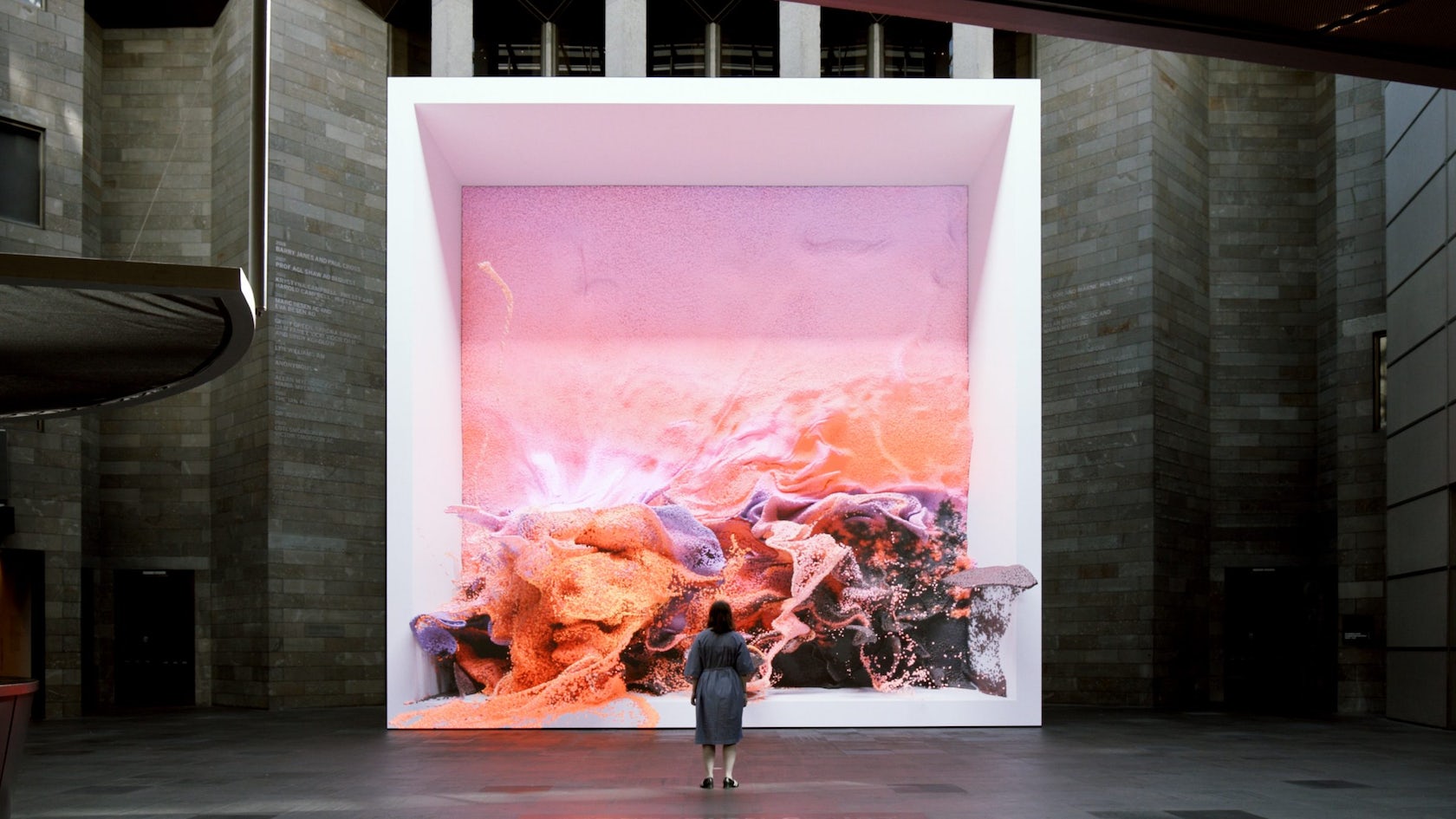 With the multi-sensory experience that Quantum Memories provides, the audience is encouraged to imagine the potential of this exciting new computing technology and the opportunities it presents for the future of art, design, and architecture. By proposing the possibility of “post-digital architecture,” the work offers a futuristic view of our sense of spaces by moving beyond the integration of media into built forms and translating the logic of a new media technology into spatial design. 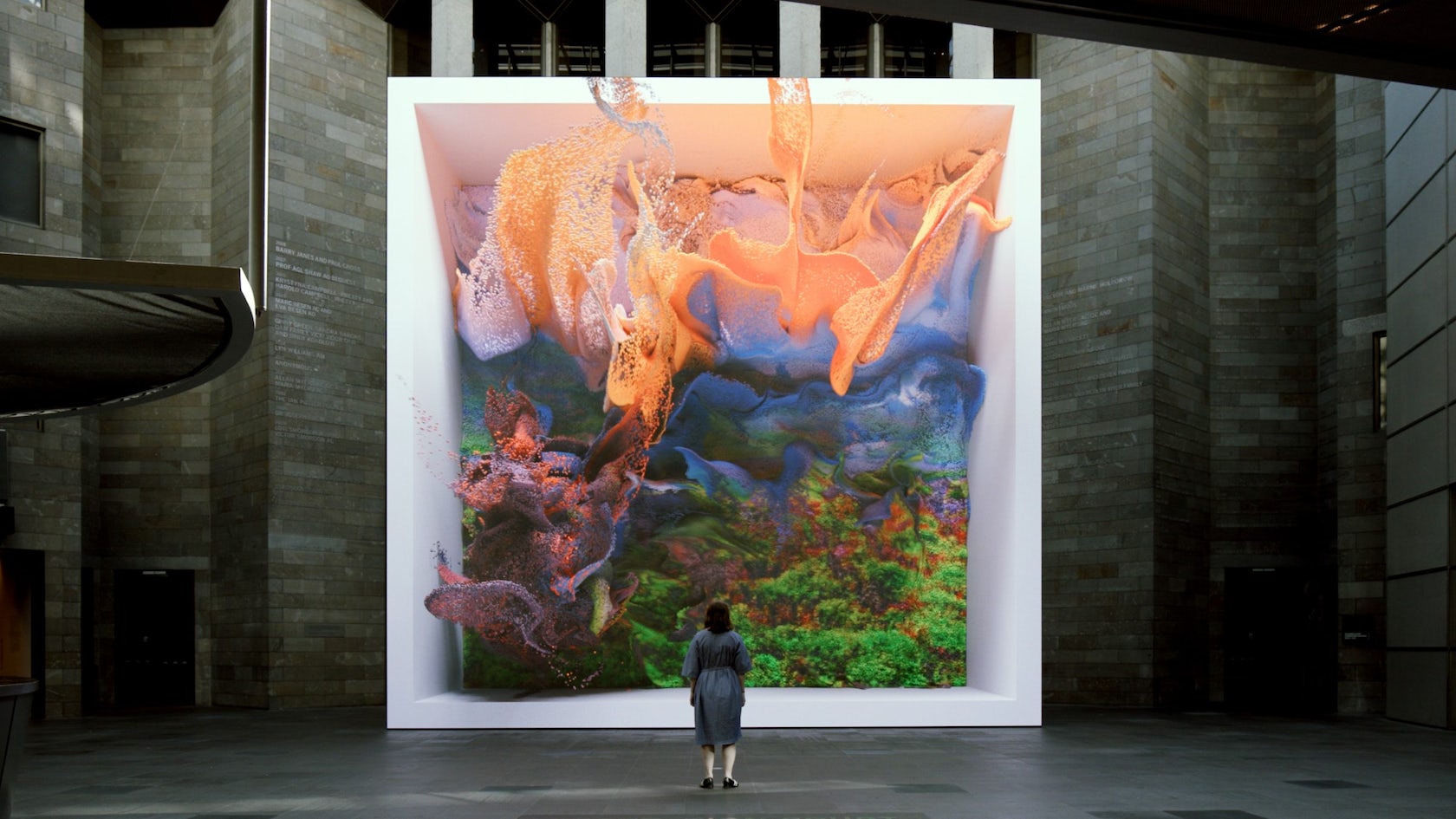 Quantum Memories doesn’t tell the story of the past, but, instead, the story of what may come, with machines bridging the gap between the present and a vision of the near future. Offering an alternate narrative to a machine’s role in our apocalyptic future, it’s a hopeful vision about the relationship between machine and man, as well as man and nature.Credits: Alex MorozovAnalogNativeBrian ChungCarrie HeChristian BurkeDanny LeeEfsun ErkilicKerim KaraogluPelin KivrakHo Man LeungKyle McLeanNicholas BossNidhi ParsanaRaman K.